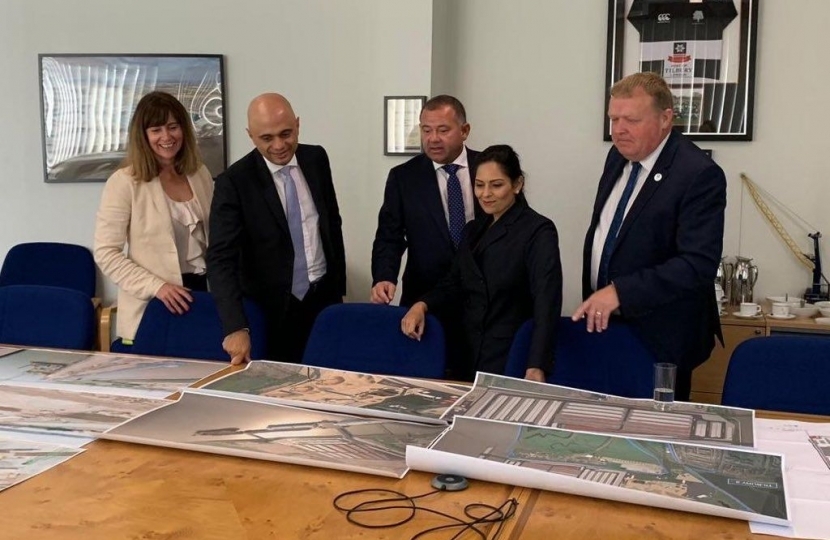 The Chancellor announces over £600 million of new investment to build up to 50,000 new homes in high demand areas in England.

The funding will be made available through the Housing Infrastructure Fund (HIF), originally launched by Mr Javid when he was Secretary of State for Communities and Local Government. Since it was launched, £1.3 billion has been allocated to deliver up to 76,500 homes.

The announcement today builds on this, and the £600 million will help deliver five new projects in London, Central Bedfordshire and Essex – all areas of high demand for new housing.

"I want to see more homes built in the places people want to live, so more people realise the dream of homeownership.

But we need the roads, rail links, and schools to support the families living in those homes, which is why I set up a fund to put in place the infrastructure to unlock new homes in these areas.

And today I’m announcing hundreds of millions in new investment, helping more people get on the property ladder and allowing more communities to flourish."

This funding follows the announcement that UK employment is at a record high and wages are growing faster than inflation. Unemployment has fallen by 1.2 million since 2010 and the rate lies at just over 1% in Sajid Javid's Bromsgrove constituency.

Chancellor of the Exchequer, Rishi Sunak on the Winter Economy Plan