The plan to tackle housing in Bromsgrove district 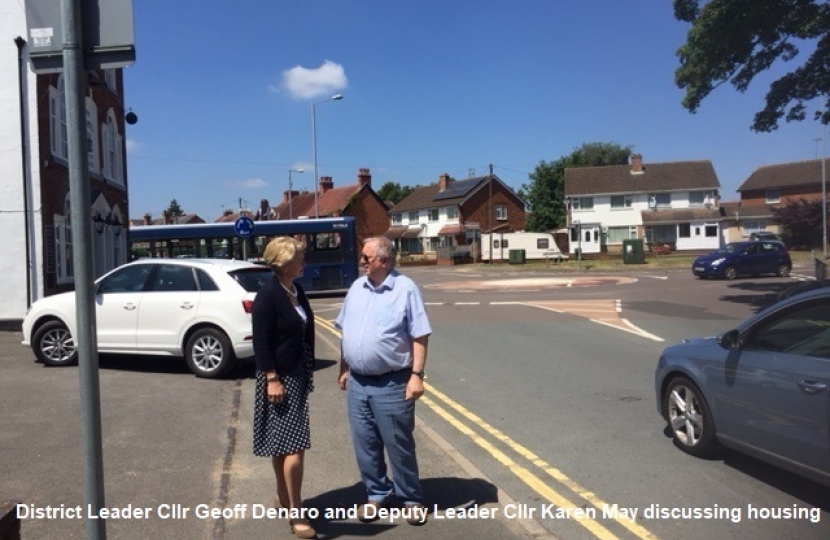 Bromsgrove’s Conservative Councillors have announced that they are working on a plan to secure affordable homes for the next generation of Bromsgrove residents and develop a housing portfolio.

A long-term plan for Bromsgrove’s Conservative Group, housing hit the headlines again this month when an option was proposed at the June Full Council meeting by the Oppositon Labour Group regarding a Housing Revenue Account: creating a ring-fenced account held by the Council to deal with income and expenditure relating to council houses. A Housing Revenue Account is one of a variety of options available to councils looking to provide new homes, and there are some downsides. Whilst disagreeing with the method proposed by the Labour Party, Cllr Denaro took the opportunity to announce during the debate his plan to form a new housing company to provide a future for housing in Bromsgrove.

Council Leader Geoff Denaro said: “When I first became leader of the District, I was handed a report which effectively told me that Bromsgrove would become a dormitory town, with very few jobs, investment or young residents, unless we as a Council took action to change its future. I decided then and there that I would do everything I could to secure a future for Bromsgrove district.”

“Wheels are in motion. We want to form a new housing company that will allow us greater flexibility in terms of developing a housing portfolio.”

“The Labour Party motion was interesting reading as it fundamentally agreed with the Conservative plan – to build more homes and more affordable homes – but did so acknowledging that their suggested method wouldn’t work currently. Bromsgrove’s own housing company is a far better option, allowing us a far more flexible approach to housing delivery, and has the potential for money-making further down the line.”

Cllr Karen May, Deputy Leader and Portfolio Holder for Economic Development, said: “We need to re-balance the housing market. People are growing up in Bromsgrove knowing that they cannot afford a home here. The 30-39 age range are leaving the town: if we want to secure a future for ourselves with young, working, residents, we need a workable plan for more affordable housing. It’s as simple as that: and this is something only the Conservatives can provide. We are facing a cross-roads here in Bromsgrove. Over 24% of the residents are over the age of 64, with the young and young families priced out or forced to go elsewhere. We have to provide a viable future in our town for everyone.”