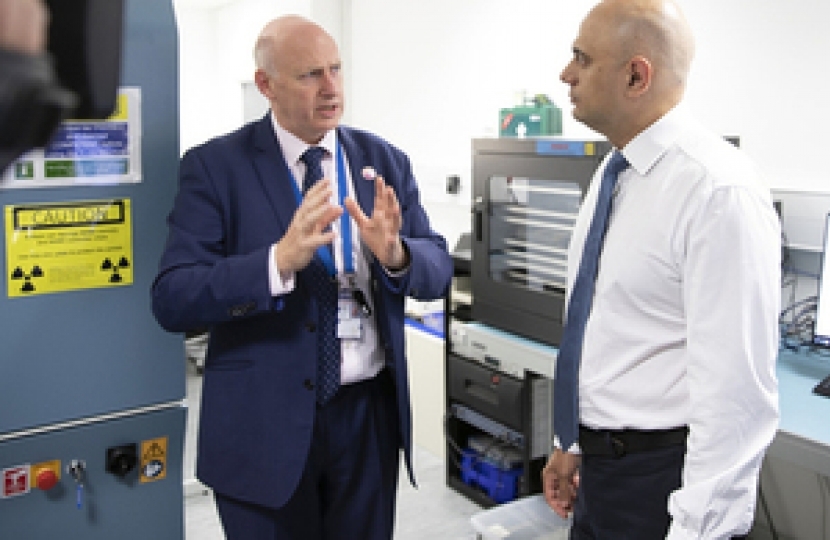 Three revolutionary new tools will be rolled out to improve the capability of the Child Abuse Image Database (CAID), in a huge boost to bring child sexual abusers to justice and safeguard victims.

The Home Secretary Sajid Javid has announced forces across the UK will have access to new tools, which will speed up investigations of online child abuse and limit the number of indecent images of children (IIOC) police officers have to view.

CAID is a single database of IIOC which enables UK law enforcement to work collaboratively to safeguard children and bring people to justice.

The new tools to be phased in following successful trials are:

The Home Secretary was also shown tech demonstrations of the new capabilities.

Vile predators who are creating, viewing or sharing indecent imagery of children are constantly adapting their tactics to evade capture. We must move at the same pace and evolve to ensure we catch these paedophiles, bring them to justice and protect vulnerable victims.

This game-changing tech will help us do this and will be vital in the fight against online child abusers.

CAID was first introduced to police forces from December 2014. There are currently 13 million images on CAID and the number grows on average by half a million every two months. The Home Office has invested £18.2 million into the programme since 2014, with the new innovations costing £1.76 million.

The fast-forensic tool will allow a rapid analysis of a device against images on CAID, which will significantly free up police time. For example, with the new tech a 1TB drive would take just 30 minutes to process, when previously it would take up to 24 hours.

Officers currently grade up to 200 images an hour from grade ‘C’ to ‘A’ for the most extreme form of IIOC. The image-categoriser will sort these before officers have to see them and see up to 2,000 images an hour graded. While police officers will have to look at the images it is hoped this is the first step to use computers to relieve investigators of the psychological pressures of viewing the imagery.

The Home Office is currently discussing with the Senior Judiciary and stakeholders on how machine grading can be used in future prosecutions to lessen the burden on officers.

There have been year on year increases in reports of people accessing indecent images of children and as a service, we are searching more properties, arresting more suspects and safeguarding more children than ever before.

The improvements to the Child Abuse Image Database will enable us to catch more offenders, rescue more children from harm and reduce the pressure and trauma on our officers from having to review every image manually.

Accessing indecent imagery of children is not a victimless crime. The images depict the worst possible forms of child abuse and those who access them create a market for further images to be produced.

The level and extremity of this content can be truly harrowing to investigate. Current practices expose police officers and content moderators to it for unnecessarily long periods of time with very little support. By teaming up with an AI we can moderate this exposure and identify when staff may be struggling.

This will provide an entirely new capability to the world of child protection and forensics. We are proud to have developed a product that will directly support the police and help to safeguard children in the future.

The tools were developed in partnership between the CAID Innovation Lab and UK-based companies Qumodo, Vigil AI and Cyan Forensics as part of the government’s efforts to tackle all forms of child sexual exploitation and abuse (CSEA).

Last month the Home Secretary announced the government would be publishing a Child Sexual Abuse strategy to drive the improvement in tackling offenders and supporting victims, both online and offline.

In April the government launched its Online Harms White Paper, which sets out ways to keep children safe online, including imposing a statutory duty of care on tech companies, enforced by an independent regulator.

Interim codes of practice being drawn up, which the Home Office will also expect the future regulator to include in its code of practice, are likely to include the reasonable steps companies should take to proactively identify and act upon CSEA activity or content, including within live streams.