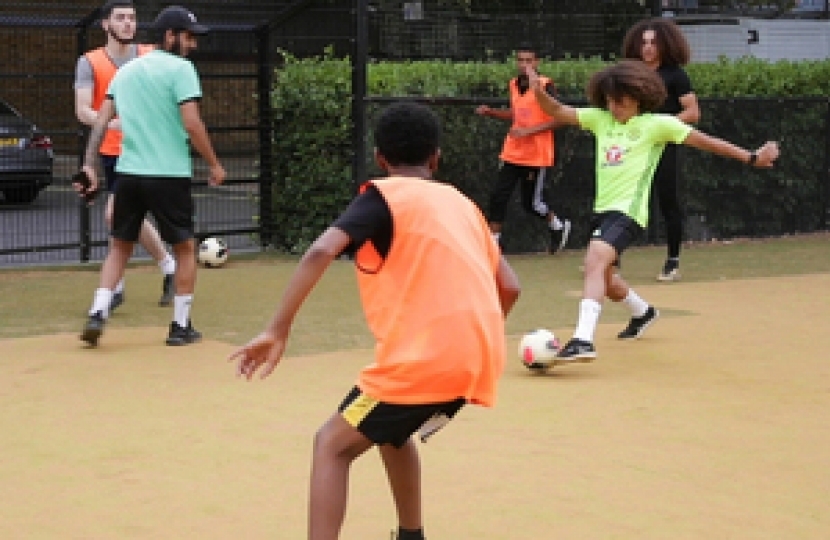 The new ‘public health duty’ will cover the police, local councils, local health bodies such as NHS Trusts, education representatives and youth offending services. It will ensure that relevant services work together to share data, intelligence and knowledge to understand and address the root causes of serious violence including knife crime. It will also allow them to target their interventions to prevent and stop violence altogether.

In addition, the government will amend the Crime and Disorder Act to ensure that serious violence is an explicit priority for Community Safety Partnerships, which include local police, fire and probation services, by making sure they have a strategy in place to tackle violent crime.

We all have a role to play to tackle serious violence and stop the needless loss of young lives.

Alongside tough law enforcement we also have to stop children being drawn into crime in the first place.

Our new legal duty will ensure all agencies work together to share intelligence and identify warning signs, so we can intervene earlier and protect young people.

This new public health duty has been created taking into account responses from professionals in health, education, police, social services, housing and the voluntary sector after an eight-week public consultation.

The new duty will hold organisations to account as opposed to individual teachers, nurses or other frontline professionals.

It does not mean burdening them with police work, but is designed to build on existing responsibilities and local arrangements to protect young people by ensuring they work together.

New guidance will also be published in due course to support the legislation, which will provide examples of different partnership models and explain how different organisations and sectors can partner with each other.

Similar public health approaches have been used in Scotland and Wales, which both bring together every part of the system to support young people and make targeted interventions before they commit violence or are groomed by gangs.

Violent crime is a disease that is plaguing our communities and taking too many young lives.

It’s crucial that we all work together to understand what causes violent crime in the first place, so we can intervene early and prevent this senseless bloodshed.

Barnardo’s has long called for the government to take urgent action to tackle knife crime and end the tragic loss of life on our streets.

Youth violence is an epidemic threatening our children but today’s announcement by the Home Secretary is a step in the right direction. Local agencies like schools, health services, police Local Authorities and youth offending teams must work together to keep children safe. However, it’s vital public bodies receive the resource they need to carry out these responsibilities effectively.

If we are serious about resolving youth violence, we must work together to address the root causes. A public health approach to tackling knife crime and serious violence is part of the government’s focus on early intervention, as set out in the Serious Violence Strategy, which was published in April last year.

In addition, the government also announced in October last year a new £200 million Youth Endowment Fund to be delivered over 10 years to help prevent young people being drawn into a life of crime and violence.

The announcement comes ahead of the next meeting of the Prime Minister’s Ministerial taskforce, tomorrow (Monday) which will hear from young people on the government’s Youth Advisory Forum about first hand experiences of serious violence.