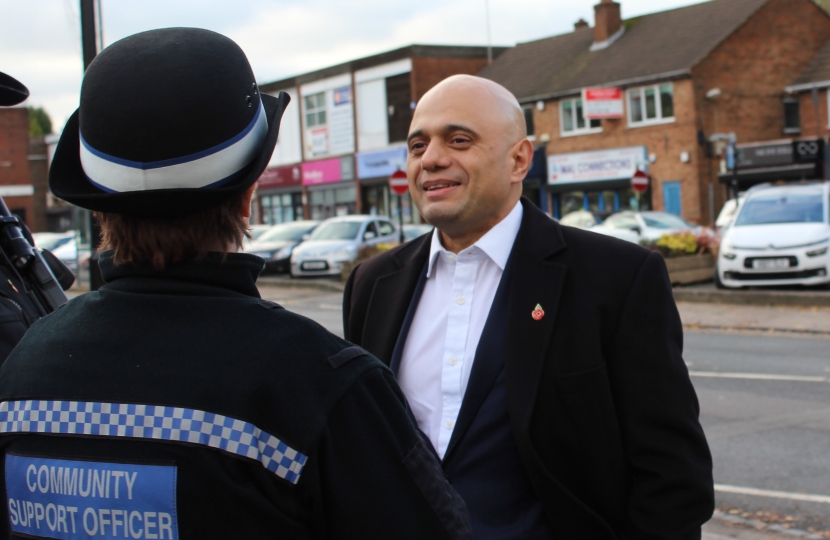 The Conservative Party is the only party at this election that is truly tough on crime.

That’s why we’ve announced the recruitment of 20,000 police officers nationwide – giving police the resources and powers they need to keep us safe.

After a decade of recovery since Labour’s economic crash - police numbers in West Mercia are now at a seven-year high, with 215 new officers recruited in West Mercia this year alone.

However, as the Home Secretary announced in October, we are also set to benefit from the recruitment of nearly 100 extra-officers next year – with more expected in years after.

In my Spending Round in September, I announced the provision of £750 million next year to ensure we can start recruiting new police officers immediately.

Next year alone, an additional 6000 police officers will be recruited to ensure we can start making people feel safer straight away.

As well as recruiting new police officers we are making sure they have the powers they need to protect us.

As Home Secretary, I increased our officers ability to keep us safe – whether that’s through increasing powers to tackle illegal sites or tackling violent crime through stop and search.

It is only the Conservatives who are providing the resources our police need and sending a clear message to criminals – we are coming after you.

Today we have published our Covid-19 UK Vaccines Delivery Plan, setting out how we plan to deliver the biggest vaccination programme in British history, to protect all those who need it most as quickly as possible.