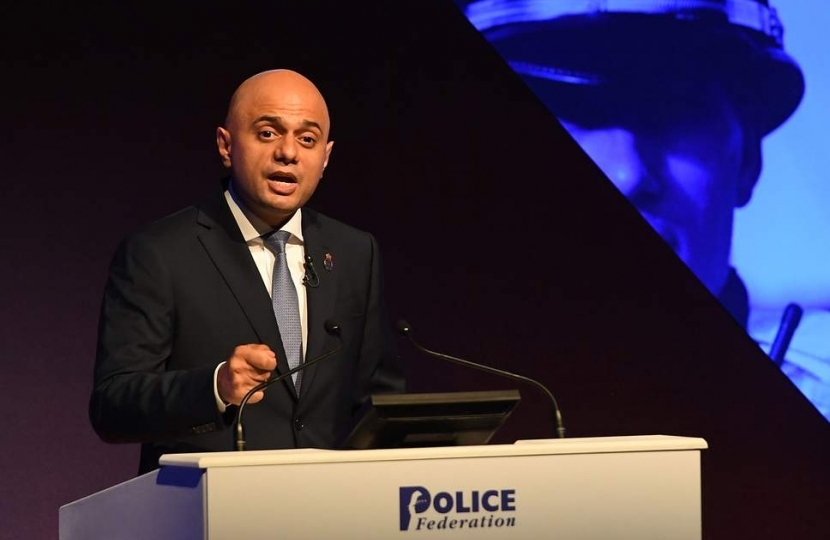 Home Secretary Sajid Javid has spoken of his shock at the violence and racist abuse directed at his police officer brother.

Mr Javid, MP for Bromsgrove, said his sibling had been taken to hospital on several occasions after being assaulted, once missing Christmas after having his jaw dislocated.

Prior to his career in politics, Mr Javid joined his brother Bas, who is now a chief superintendent with West Midlands Police, on a ride-along in the back of his police car in Bristol city centre.

The cabinet minister told the Police Federation of England and Wales' annual conference: "I thought it would be an interesting insight into his job.

"But I wasn't prepared for the abuse he and is colleague received that night. Teenagers giving them the middle finger, swearing and spitting.

"And worst of all, at one point when his car approached lights and slowed down, one teenager leaned over and yelled at my brother 'you Paki bastard'."

"That was the first time it really hit me just how hard and horrible it can be being a police officer."

The Home Secretary joked that he formed a "gang of two" called the "crime busters" with his brother as boys growing up on a road in Bristol that was once labelled "Britain's most dangerous street".

He continued: "Years later, that brother is still a crime buster, only this time for real. I know the tricky situations he's been in.

"I've seen the impact the job has on family life."