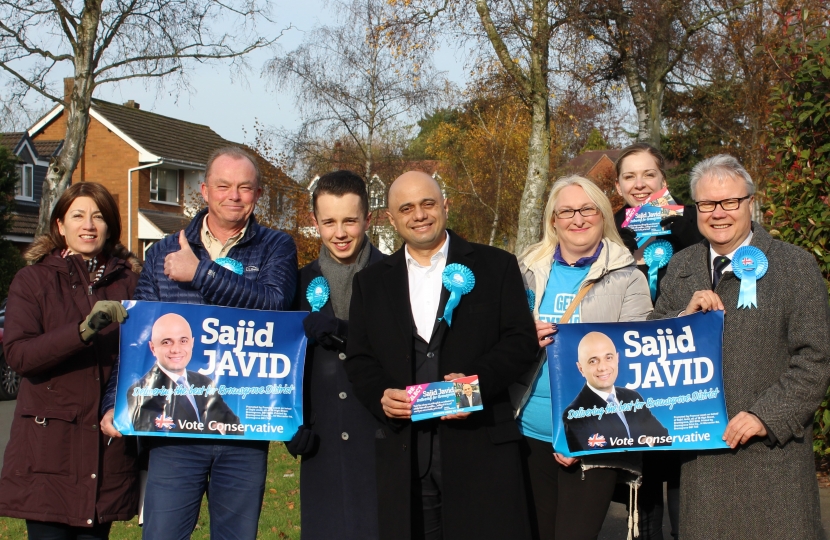 ‘THERE are no great schools without great teachers’ – that was the message from Sajid Javid as he spoke about his plans for education funding.

And as he visited schools in Bromsgrove as part of his election campaign Mr Javid cited his college economics teacher Charalambos Stamboulieh as the person who most inspired him to take up his career.

“Mr Stamboulieh didn’t just teach economics – he was the first teacher that really believed in me.

“He ignited my desire to go to university, and helped me become the first person in my family to do so.

“I believe that there are no great schools without great teachers, which is why I’m determined to ensure that increases to school funding recognises teaching as the high-value, prestigious profession it is.”

He said his plans would provide the biggest reform to teacher pay in a generation, increasing salaries for new teachers to £30,000 by 2022/23 – making starting wages in the profession among the most competitive in the graduate labour market.

The Chancellor visited Haybridge High in Hagley where he praised outgoing headteacher Caroline Hoddinott and thanked her for her 25 years of service to the school and the local community.

Worcestershire schools on average will receive an extra 4.6 per cent more per pupil next year with 54 per cent of secondary schools (15 in total) reaching the minimum of £5,000 per child.

The Government had come under fire for the way school cash was allocated with those in Worcestershire being among the worst hit by the funding formula.

But Mr Javid vowed to change that to ensure every local child received the best start in life.

“I want to continue transforming Bromsgrove into a district of opportunity. That starts with our schools.

“My own life story demonstrates that nothing is more crucial to a child’s life chances than inspirational teachers and a great local school.”