Bromsgrove Advertiser: "The choice facing the voters could not be clearer" 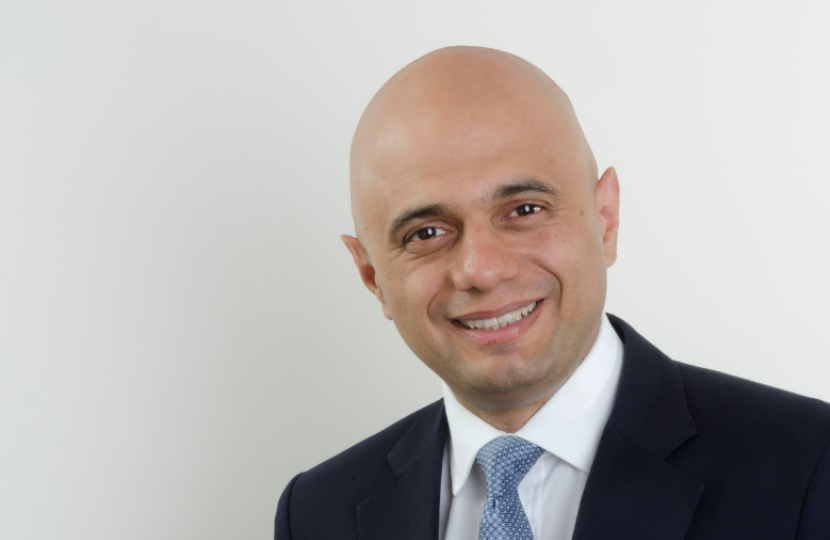 THE General Election on December 12 will prove a critical moment for the future of this country, writes Sajid Javid in his Letter from Westminster.

The choice facing the voters could not be clearer.

A Conservative government - with a functional majority - can get Brexit done in the first few weeks of the new Parliament.

We can get on and focus on the other issues that matter to people - like delivering more GP appointments, recruiting hundreds more police officers for West Mercia and giving Worcestershire schools a significant funding boost.

A vote for anyone else – Corbyn, the Lib Dems or the Brexit Party – is a vote for more of the same.

More going around in circles, arguing over Brexit, and more of the same confusion and indecision that have plagued the last three years.

I’m delighted to be standing as the Conservative Candidate in Bromsgrove. It has been the greatest honour of my life to represent you as your local MP, and I look forward to discussing my track record of standing up for your interests in Westminster.

On that note, thank you to everyone who stopped for a chat last week at one of my regular street surgeries.

It left me in high spirits – as well as with a substantial amount of casework to crack on with!

I’m greatly looking forward to spending the next few weeks discussing the issues that matter to you on the campaign trail.

Lastly, I would like to wish the best of luck to my political opponents. I hope we can conduct a fair, honest and respectful campaign.

As ever, if you require my assistance, do email sajidjavid.bromsgrove@gmail.com.

You can see the full article here: https://www.bromsgroveadvertiser.co.uk/news/18018035.general-election-2019-choice-facing-voters-not-clearer-says-sajid-javid/?ref=rss